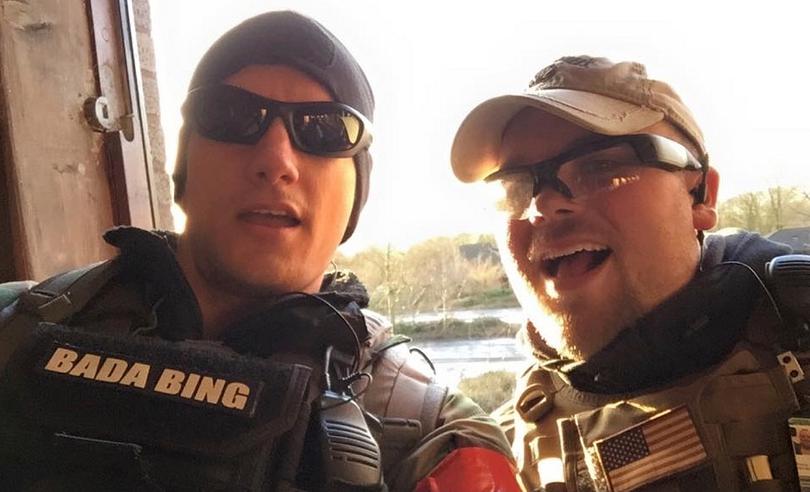 Always have been. My earliest memory of this love traces back to nursery school when I was using a toy trumpet as a Tommy gun. I was 3 years old. The saga begins.

I blame my parents really, a child watching movies starring Arnold Schwarzenegger, would most likely be red flagged nowadays. What the hell were they thinking?!

I was almost into my teens when I was introduced to Airguns. My first being a Westlake S2 Spring Action .22 pistol, at the time it was cool, shooting tin cans in the garden but firing a single shot at a time got a little boring. After a trip to a local gun shop, I was the proud owner of my first Airsoft gun, a KWC Colt Python .357 Gas Revolver. Now that was more like it. The gas was contained within the grip and it had 6 detachable shells which each held 4 bbs. To me it looked totally badass and it made me feel like Dirty Harry.

I continued to explore different types of Airsoft guns, owning various single action springers and ending up on my first Automatic Electric Gun, the Tokyo Marui MP5 A5. Those were the days when I was inspired by Die Hard and Predator, so this was the obvious choice. The M134 Minigun was a little out of my budget. 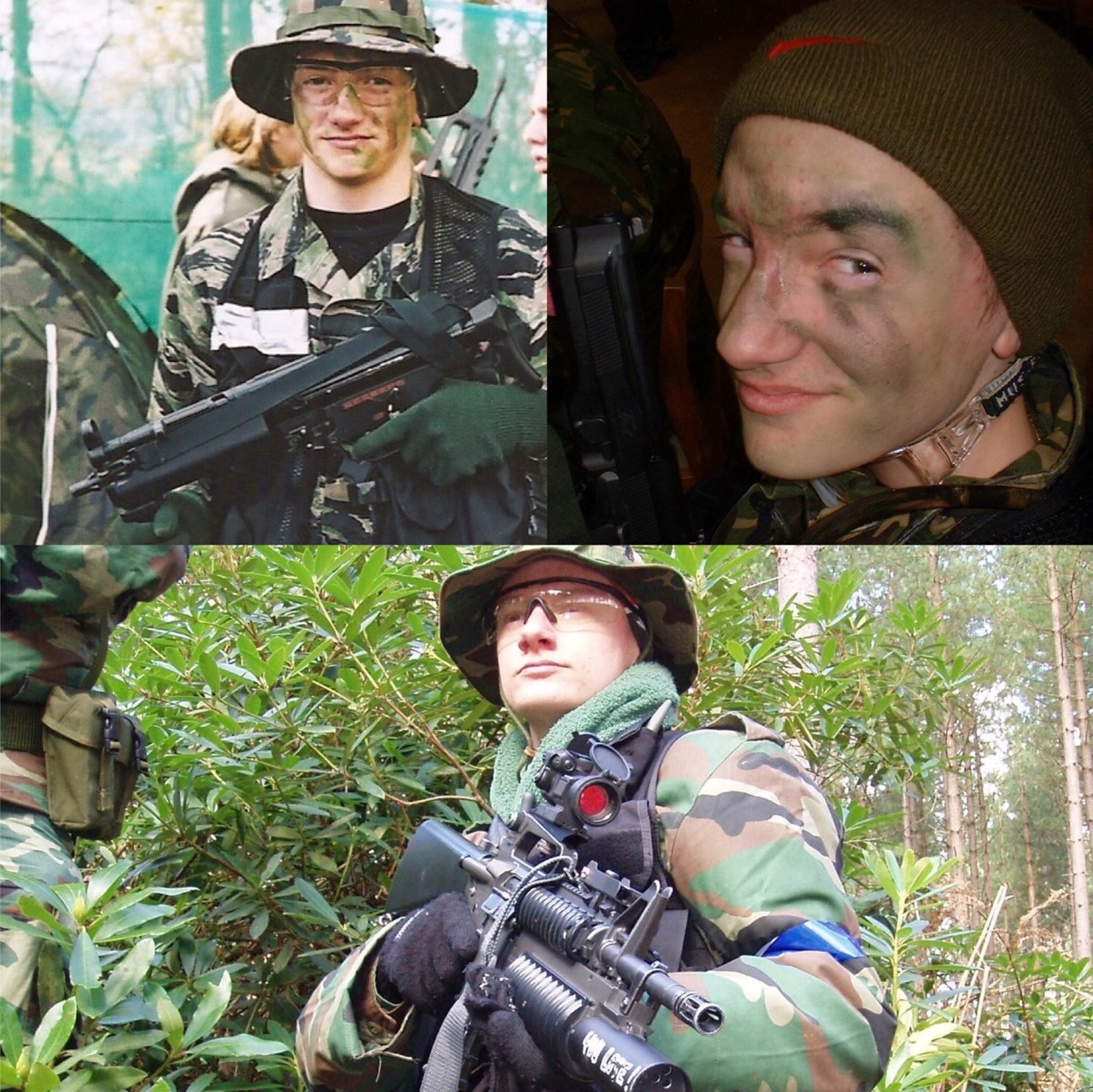 In school, you would see other kids pass around car magazines and the occasional pr0n mag, but the ones doing their rounds within mine and my friends school bags were Gun Mart, SMK catalogues and a couple of Tokyo Marui Airsoft magazines.

My circle of friends would tend to freak out our other classmates and worry the teachers, but we were a great little group of lads who would waste away the weekends by taking trips to the Army Surplus stores and participating in some "combat training" at a nearby wood. Myself being the only person with an electric gun of course I'd be the number one selection when deciding teams. The shop where I bought the MP5 from was also home to a team member of an Airsoft Team who invited me to join.

Los Lobos Pathfinders, a freshly formed group at the time, welcomed me and my little group of 13/14 year old misfits into their team. We grew into our late teens fighting along side the band of loveable cut-throats, skirmishing across the U.K. and enjoying both regular Sunday games and even Milsim weekend events. 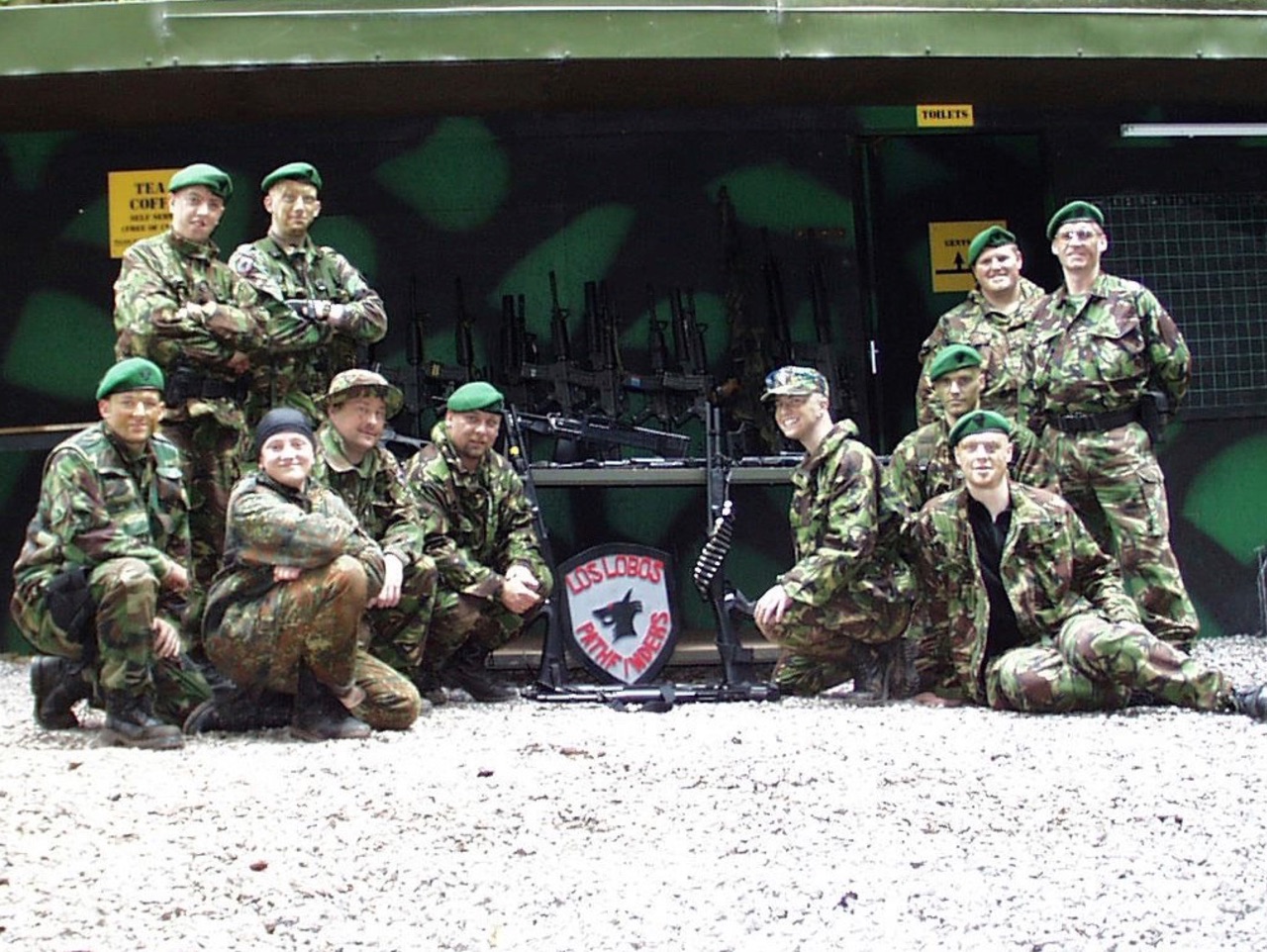 The things I loved most about Airsofting, apart from the guns, was the firefights that I'd be throwing myself into and all the little tactics that you could pick up just from watching old war movies. The absurdity of it all just made me laugh.

One minute you're trying to stay awake during a briefing and the next moment you're running through the jungle, screaming and with dudes dressed in camouflage, shooting and throwing pyrotechnic hand grenades at you. It still tickles me now.

Airsoft didn't have the presence back then as it does now. When I started out with Los Lobos there wasn't many brands to choose from when it came to Airsoft guns and all of them were mainly constructed of plastic. One of the big brands was Tokyo Marui with their ever growing inventory of AEG's. Pistols too remained Japanese made with manufacturers such as KSC, Maruzen, Tanaka, TM and Western Arms.

We started to see brands such as Classic Army, with their full metal receiver M4's become more popular over TM electric guns. I had seen them in the past but they were almost always breaking down and thus I didn't think much of them.

In a short space of time they had perfected their copy of the TM gearboxes and this spawned a new generation of brands releasing their very own all metal electric guns. I continued using Tokyo Marui products, mostly MP5's but later breaking into AR variants with the SR16 and M16 A2.

I was introduced to the next level of Airsoft with a Stirling Airsoft event at Senny Bridge MoD Training Village in 2003. I was blown away by the non stop conflict running through the day and well into the night. Witnessing a literal firefight with tracer bbs cutting through the darkness was almost magical and the use of Military style vehicles made it feel real. Or as real as one can get for Airsoft anyway. 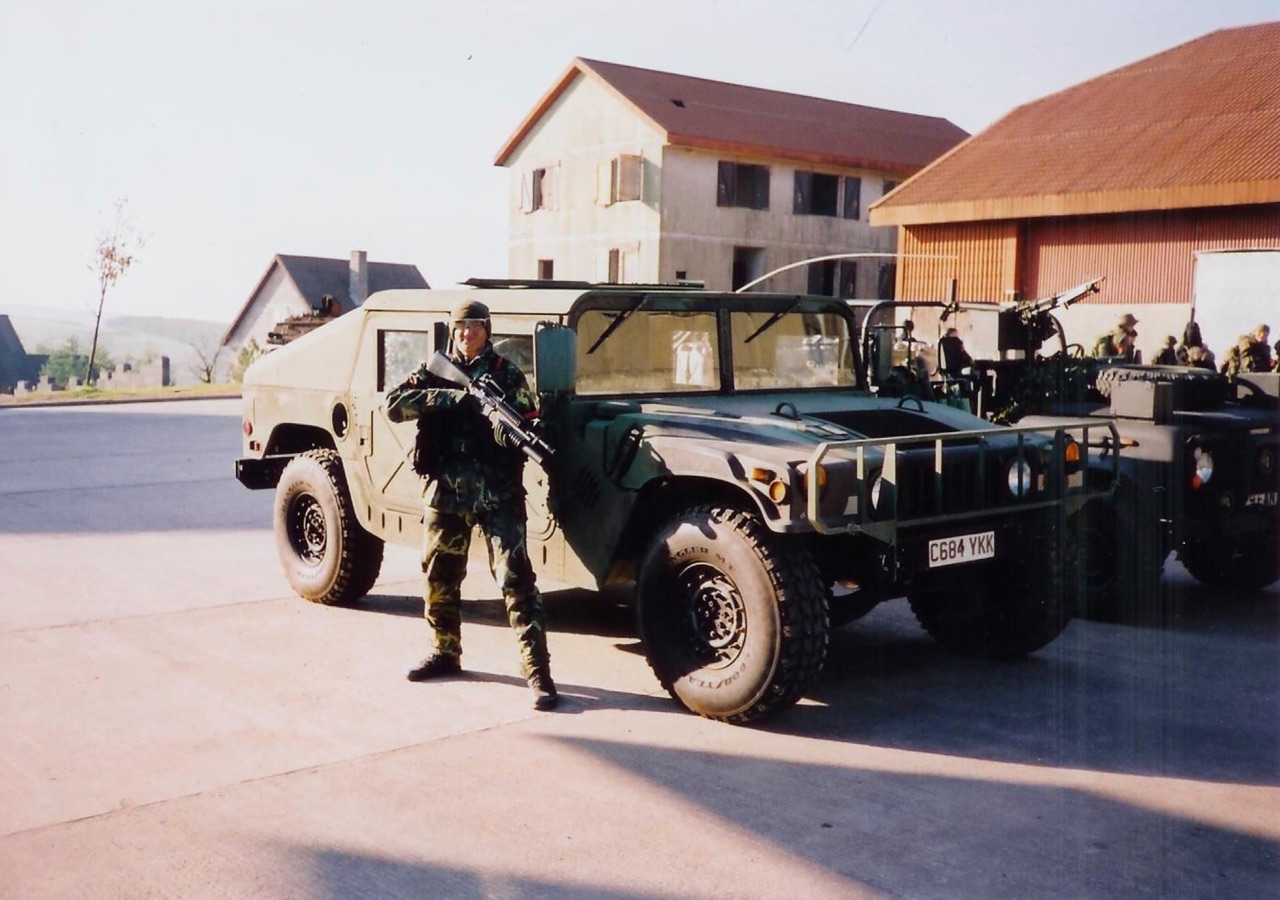 Attending Milsim games only gave me half of what I was looking for, the weapon systems aside from having different exteriors, they all had the same primitive internals which brought nothing new to the table that set it apart from the next one that hung from an Airsoft shop wall. That was until I found out about the Professional Training Weapon, created by well known Airsoft upgrade manufacturer Systema. I saw the commercial and I immediately wanted one.

The PTW offered something that had never been done before in Airsoft electric guns; 1.1 scale receiver, varied power - removable cylinders, ability to accept real AR accessories, advanced electronics with fast trigger response and of course the bolt stop on an empty magazine. In 2006, I bought the new generation MAX M4A1 and I still have it to this day. It was an advantage to own a PTW back then due to its impressive range and accuracy. When a CQB site opened nearby, Bristol Airsoft Courthouse, I enjoyed the excellent trigger response that gained a microsecond edge in CQB over regular AEG's. 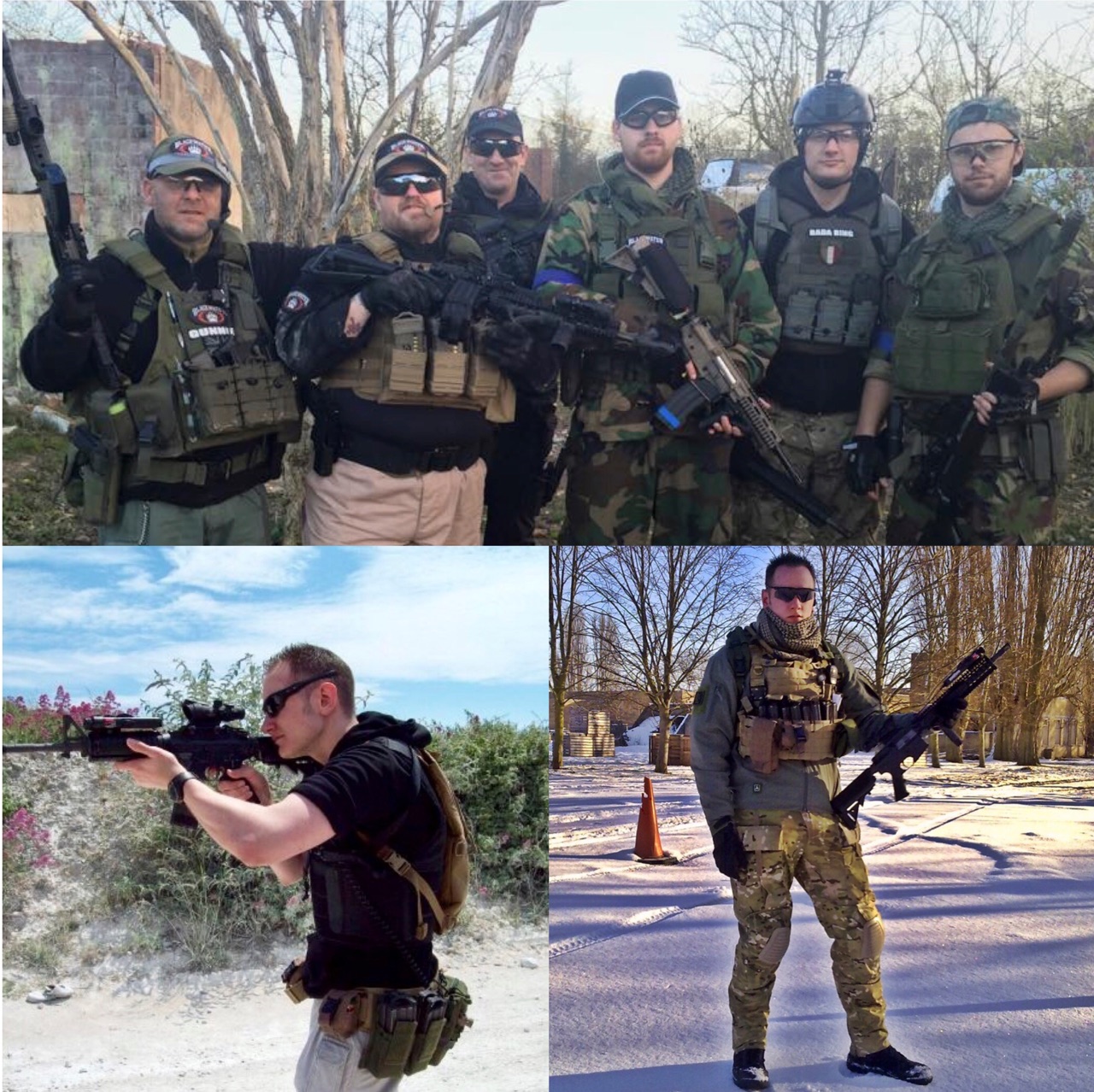 Growing mature in my Airsoft career, I decided to enter the world of Night Vision, something I had dabbled in once in the past with Gen1 goggles but wanting something better and I was lucky to find a set of Generation 3 PVS-7's on eBay for an absolute bargain.

This is one of the coolest pieces of kit an airsofter can have at their disposal. I had purchased a clone IR PEQ-2 for use on my PTW and this created a total night time superiority platform. I always felt a little bad for my buddies that didn't have the NVG's, so for them to get some kills in the inky blackness of Copehill Down or Senny Bridge, I used a Red Laser to discreetly mark unsuspecting enemies and this allowed teammates to use my green eyes to good effect. I'm nice like that.

On one occasion I used an M249 as a night time blaster. TERMINATOR MODE ACTIVATED!

Following my successes with the PTW and buying another two for my collection (another M4 and MP5/TW5), Gas Blow Back Rifles were beginning to increase in popularity and of course this was the next big thing I set my sights on.

From 2011, I became a total GBBR convert. I decided to sell off two of the three PTW's and give a home to WE's G36, M16A1 and the Inokatsu M4 SOPMOD. Throughout a period of trial and error the latter two just didn't have the skirmish ability that the G36 had, and were sold on.

I had an idea one day to see if I could try and turn my GBB G36 into the HK XM8, a sleeker version of the G36 that Heckler & Koch submitted for the US Military's next service rifle. While it didn't go so well for H&K for one reason or another, I on the other hand was able to customise a GWS XM8 AEG parts kit to fit onto a heavily modified WE G36. 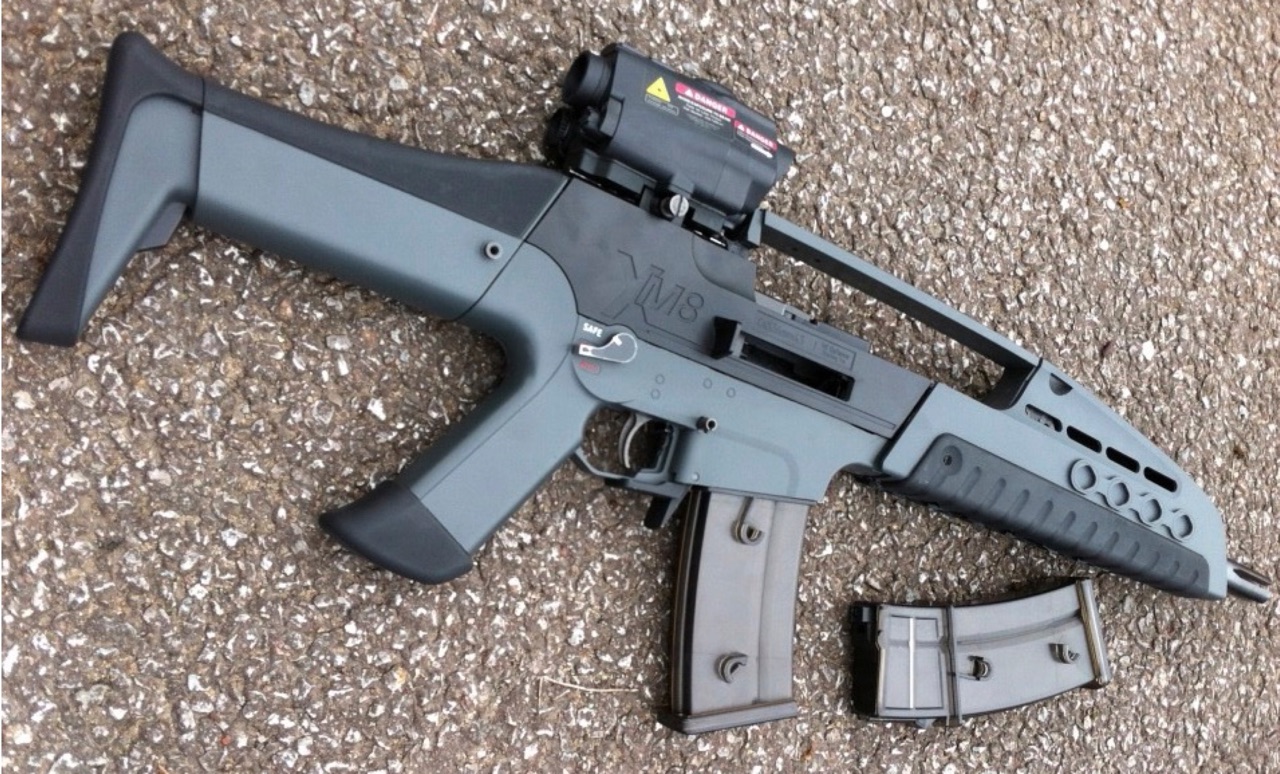 When I got it to a point where it would function, I made a video and posted it on YouTube showing it in action and to my surprise it got quite a few views. Seeing this as another avenue to expand upon my love for Airsoft, I decided to setup another YouTube channel. A place where I could upload guides, reviews and other related content.

The next part was choosing a name for myself. Being half Italian and having a love for Gangster movies, also including the hit TV show, The Sopranos, I decided to adopt the Italian - American phrase as my YouTube name. Bada Bing. 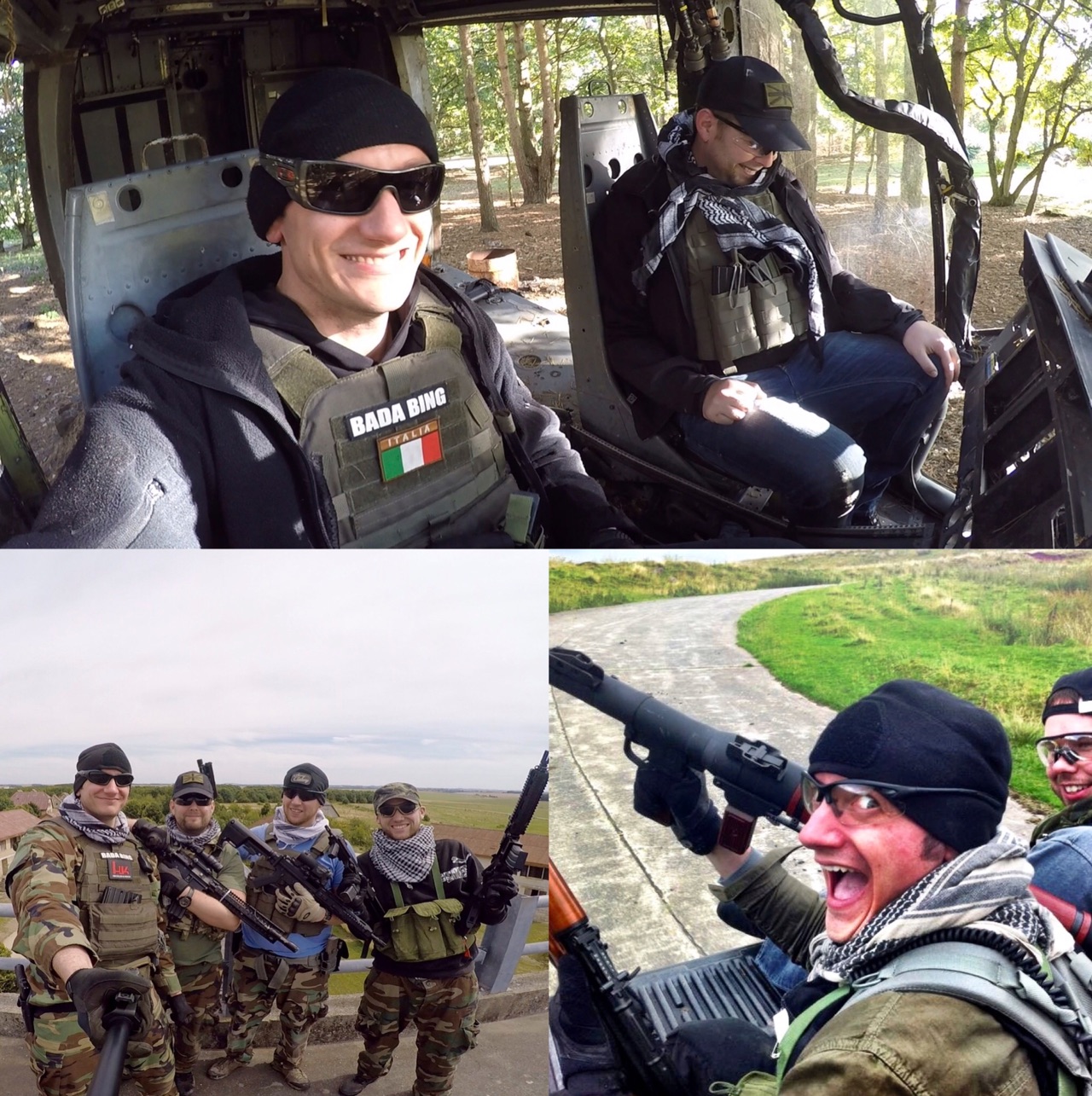 And I've slowly been growing my channel ever since, squeezing in videos around a busy shift work schedule. I mainly focus on Gas Blow Back's as I think they are the most fun of all airsoft gun types and one which potential buyers would benefit from an in depth insight before parting with their cash.

I enjoy making the videos, even more so now that I've settled into a groove with a chilled vibe. An ambience which I'd imagine someone could YouTube and chill, while sipping their morning cup of coffee. Furthermore I enjoy giving back to the community by offering advice and answering questions to help those in a jam.

It's fantastic to meet up with fans of my videos when I'm out at games, having a good chat about what their running and what's on their list of things to buy.

While I was in Russia last year I met up with Lancaster AirsoftRussia, a popular YouTuber from Moscow. We both follow each others channels and he was my host for a day in Moscow. He took me on a tour of his amazing city, got me into the outstanding Central Armed Forces Museum and we even stopped off at his local Airsoft store BFG* to collect some new guns for his upcoming reviews.

It's incredible to have a fan base that stretches across the planet, all made up of players from all walks of life but all sharing the same passion. Airsoft.

So that's my story since the dawn of time, I've got lots more to come for my YouTube channel and more games to attend. My group of goons and I tend to focus on Milsim weekend events rather than the smaller, more frequent Sunday skirmishes and we'd opt to play the bad guy roles as you get a little more freedom and lot more fun! 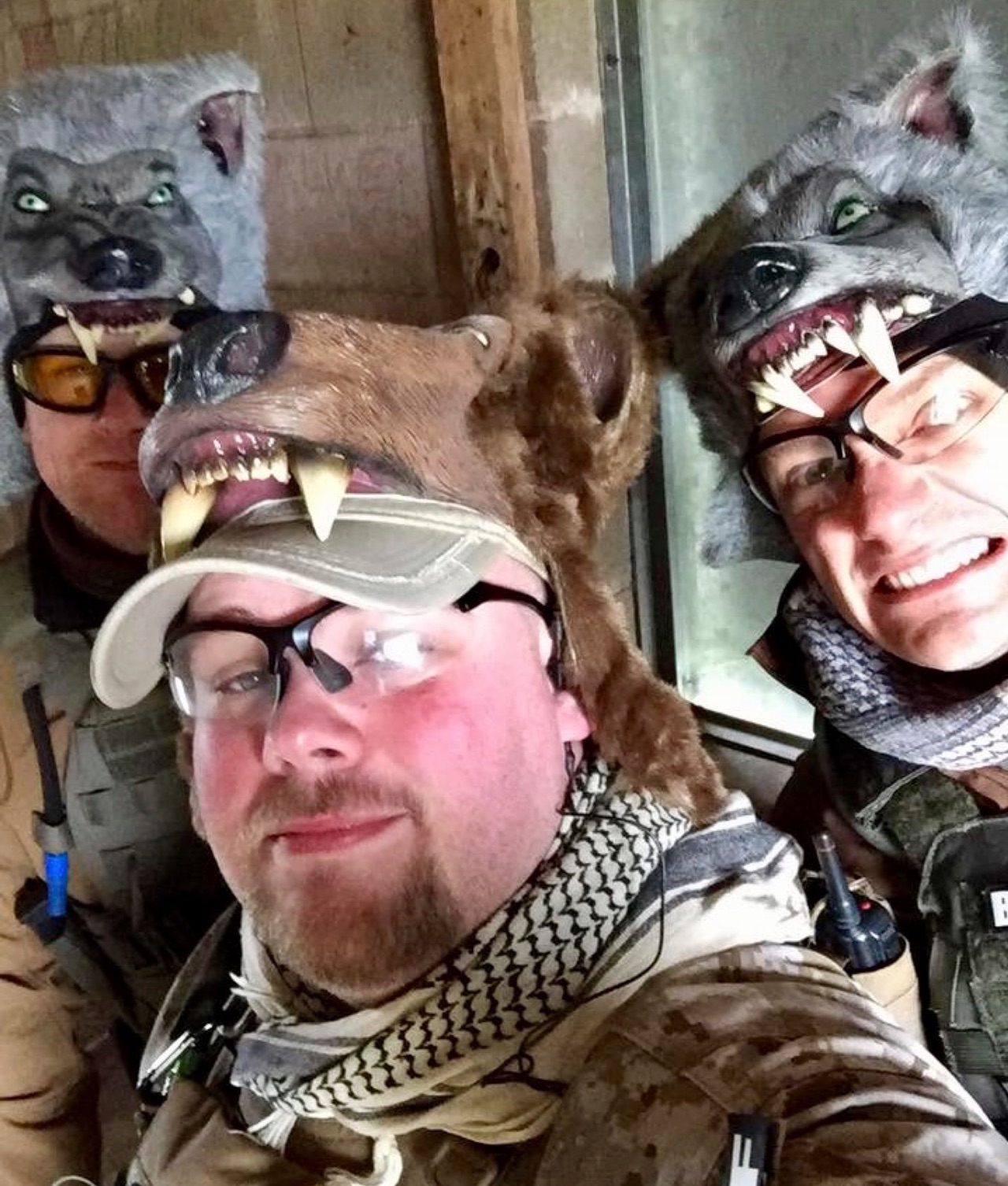 Many thanks to TacticalTwo for featuring me and of course my thanks goes out to all the people that have nurtured my growth from way back in the late 90's right through to my YouTube days here in the present.

Take care guys and I'll catch you in a bit.